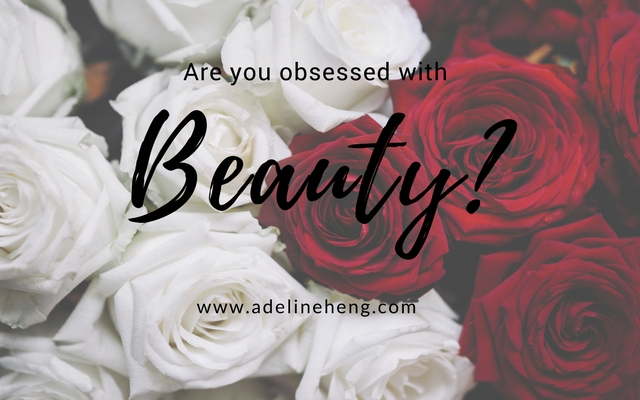 We eat with our eyes.

This is one reason I enjoy watching Master Chef Australia. The creations are often visually appealing, especially for us who won’t get to taste it. The judges had said many times too, “we eat with our eyes first.”

We live in affluent times. We are consistently bombarded with visually appealing objects, to feast our eyes upon.

As a result, we are accustomed to pretty or beautiful things and we have a low threshold on things less appealing.

So which came first?

Did we become so used to all things beautiful that we cannot accept less?

Or did the media condition us to keep a look out for all things nice?

Celebrities such as Renee Zellwegger had expressed her frustrations with the media scrutiny about women aging.

“I’ve never seen the maturation of a woman as a negative thing,” Zellweger said. “I’ve never seen a woman stepping into her more powerful self as a negative. But this conversation perpetuates the problem. Why are we talking about how women look? Why do we value beauty over contribution? We don’t seem to value beauty over contribution for men. It’s simply not a conversation.”

Does it surprise you then that many are quick to judge things, or women, that are less a visual treat? No surprise that as a woman ages, she fears losing her appeal with the intense scrutiny on women ageing.

I’m putting on record: I don’t body or face shame anyone.

In fact, I empower you to age with grace, dignity and vitality.

The pressure to look good affect how women look at and feel about themselves. And weak philosophy, low self-confidence and lousy stories drive the nail further in. It’s a vicious cycle.

As a result, some may succumb to pressure and made mistakes or poor decisions.

Star of the popular sitcom Friends, Courtney Cox spoke up about her efforts to fight ageing.

It’s about sustainability and consequences of actions to your face, body and even your mind. There are many non-invasive ways to battle the effects of ageing.

If you want to know how I empower you, reach out now. Book a call and get a gift now.

With love and blessings.